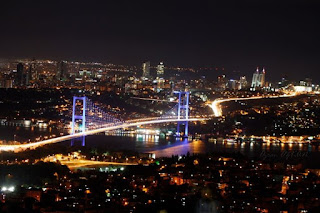 The uniqueness of Istanbul lies in various features. But the biggest lure for travelers flocking to the megalopolis all the time is its geographic position, historical significance, and architectural diversity. Istanbul is the only city in the world that spreads across two continents (Europe and Asia). Accessing two seas (Black and Marmara) and a strait (Bosphorus)… At present, there are three intercontinental bridges connecting Europe and Asia. Also, there are several additional bridges spanning the Golden Horn Bay. Istanbul is located in an area where numerous clashes in history occurred. Here, various influences had been embraced and expanded further. These are leaving unique imprints on its architecture, national folklore, and the way of living.

The city’s European part is most attractive to tourists because the main historical and commercial areas are located in this part of Istanbul. Although Christianity and Islam waged numerous wars throughout centuries, these religions also merged one into another. The best examples of such unity throughout the world can be seen in the Istanbul’s Historical Peninsula, originated throughout Roman, Byzantine and Ottoman eras. 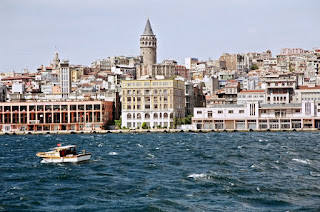 The Historical Peninsula itself can be segmented into a few major areas.

Archaeological Park, the Suleymaniye Quarter, and the Zeyrek area.

The Historical Peninsula is easily explored on foot, with occasional tram rides. And it is where you’ll find the most convenient accommodation, either by proximity to the city’s main landmarks or budget.

The Archaeological Park occupies the oldest section of Byzantium, which was an initial name of later Constantinople and present Istanbul. The major sites of this section of the city are: 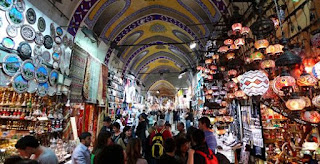 The Zeyrek area is generally a poor neighborhood, with several quite worthy sites to see. Some of these are the Zeyrek Mosque (former Pantocrator Church) and the remains of the former Byzantine Blachernae Palace.

Defensive walls had protected the city throughout the centuries. These walls were penetrated only twice in history. It should be a special delicacy for the history buffs. The Yedikule Fortress, which oversees the Marmara Sea, is somewhat away from the main tourist areas. But it is well worth the visit. The fortress represented the southern stronghold of the Constantinople’s defensive system. 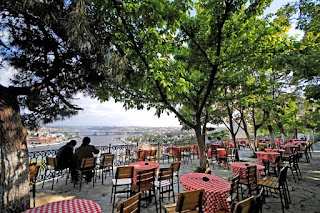 There’s a number of Tourist Information Centers throughout Istanbul. The most convenient ones to tourists are those in the vicinity of the Topkapi Palace, Basilica Cistern, and Hagia Sophia Museum.

The Historical Peninsula is the best neighborhood for the tourist population. However, other parts of the city are also amazing if you have enough time. For example, the Galata is an excellent example, located on the other side of the Golden Horn, where engaging shopping and nightlife facilities are centered. If you aren’t used to being awakened too early, try to avoid the accommodation places adjacent to the mosques. Because the calls for an early prayer can be frustrating to those, who are unaccustomed.

The public transportation system in Istanbul can be somewhat confusing to the newcomers. An especially popular way of transport is by a minibus called dolmus, which operates even during the night when public transportation doesn’t. Fares are between 2 and 10 Turkish Liras, depending on the final destination. You can easily recognize Minibuses, featuring yellow color and distinctive markings. If crossing from the European to the Asian side, the most convenient crossing is by boat. If you wish to save money, try avoiding the usage of the taxis, if you don’t have to. Because some of them apply a different tariff for tourists; which also locals do not welcome, but unfortunately they do.

An unavoidable part of any Istanbul experience is the Bosphorus cruise. The cruises are organized by various cruising companies and differ both in the pricing and duration of the cruise. Along the cruise, you’ll have an opportunity to see numerous sites. Topkapi Palace, Dolmabahce Palace, Ciragan Palace, the Fortress of Anatolia, and Naval Academy are some of them. 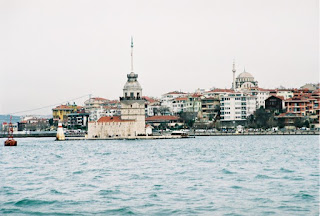 Best months to visit Istanbul are May and September when high precipitation levels of winter and early spring and the heat and humidity of summer give way to pleasant temperatures. The winter tends to be somewhat colder due to frequent and strong gusts. However, there is a small chance of freezing.

High tourist seasons in Istanbul are from April to mid-June and from mid-September throughout October, when the prices are at their peak. At this time, hotels are fully booked and lines for museums and other tourist attractions are the longest. Summer is less crowded and the prices are more acceptable. The biggest benefits of the winter period, in general, are the opportunity to book the accommodation unit that suits you best without pressure, lowest prices, and admissions to top sites without a waste of time. 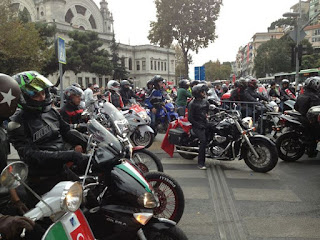 Despite its huge populace (around 17 million inhabitants), Istanbul is a surprisingly safe city for tourists. And it isn’t unlikely for the local people to put aside their commitments in order to help tourists to find their way. But, like in all other major tourist centers and destinations, you should be aware of scammers. They may try to catch unwary travelers and deprive them of precious belongings. It’s nothing you should prepare yourselves in advance for, just take basic precautions (have tight control of your wallets, jewelry, and other valuables). And use common sense (don’t accept imposed “free” favors and various invites from strangers, and be sure which banknotes you handed to pay, especially in taxis). By that, there shouldn’t be any problems.

Cappadocia - a Natural Wonder
What You Are Going To See In Turkey Is...
The Amazing Aegean Coastline Of Turkey - Pieces of Paradise

10 thoughts on “Istanbul Experience! A Beautiful and Thrilling Adventure…”

Chimera in Antalya – The Legendary Fire!

Hagia Sophia – A Masterpiece From the Byzantine Era

Chimera in Antalya – The Legendary Fire!