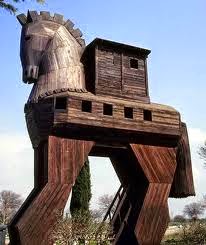 Çanakkale city, the land of a huge history and a summer resort, is located in northwest Turkey, along the Strait of Dardanelles at its narrowest point. The town is a significant Turkish seaport, and the administrative center of the homonymous province – Çanakkale Province. In addition, it is the administrative center of the Biga peninsula. Like Istanbul, Çanakkale is a city that lies on two continents, Europe and Asia, and it is also the closest major city to the archaeological site of ancient Troy.

Realizing the strategic importance of the city, Fatih Sultan Mehmed (Sultan Mehmed II) has built a fortress on both sides of the strait – Kilitbahir (on the European side) as well as the Çimenlik fortress (on the Asian side), and takes this place under his supervision and control. As an Ottoman fortress, it was called Kale-i Sultaniye or Çimenlik Kalesi. Over time, the settlement had become known for its pottery (Turkish: Çanak means bowl), so its present name derives from that. During World War I, a famous Battle of Gallipoli (also known as Gallipoli Campaign) took place near Çanakkale. Since 1920, it has become an active port city and an important stopping point for ships during their journey through the straits. 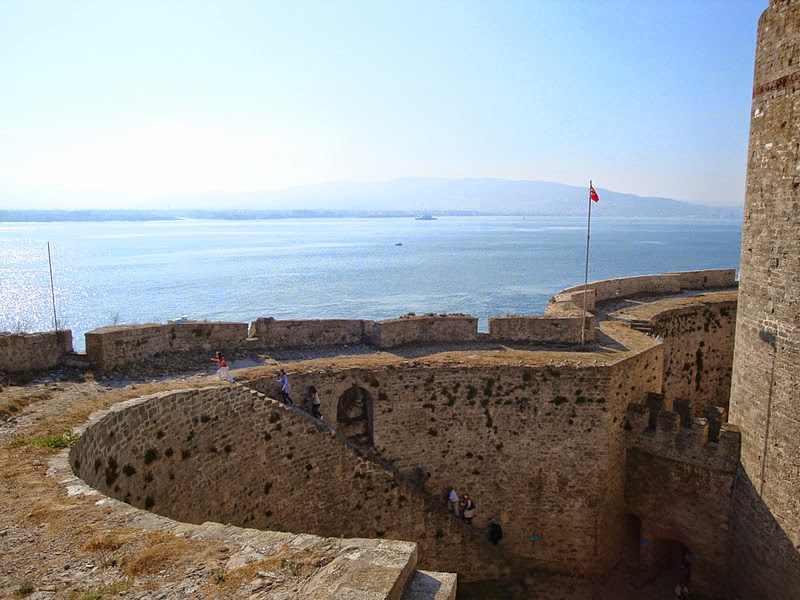 Previously, this region was famous for its rich pottery tradition, but now only a small number of families are still engaged in this craft, mainly producing the souvenirs. A significant number of families are engaged in fishing, and the crystal clear sea water is suitable for this activity. In the vicinity of Canakkale, there are some of the natural rarities, such as mineral streams and spas with thermal water – which cures kidney Stones.

Let’s look at this beautiful city with a tourist’s point of view.

How Will You Go To Çanakkale? As Çanakkale is not too far away from both İzmir and İstanbul, it’s still not too close. Here are the routes from İstanbul to Çanakkale; 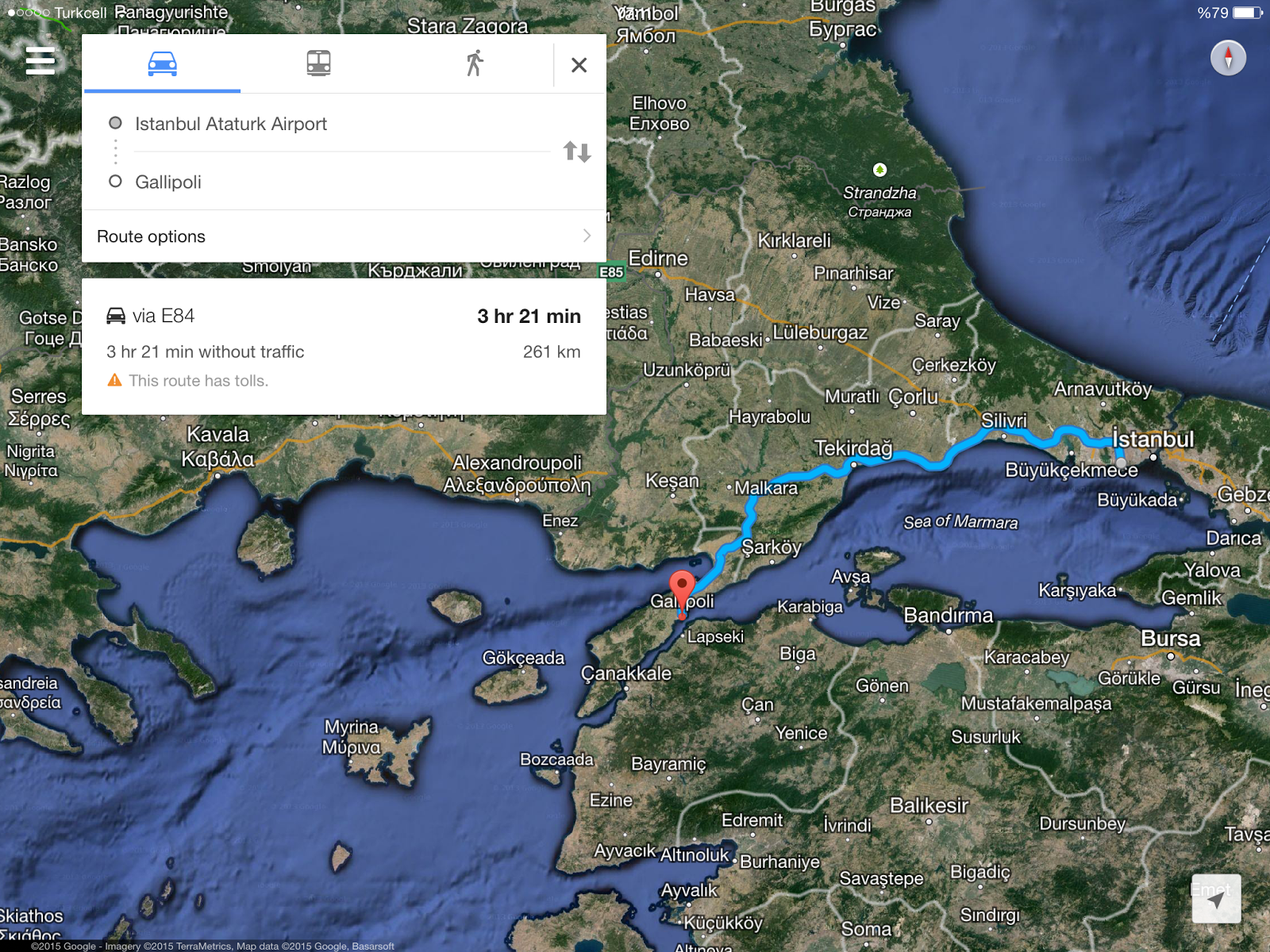 And from İzmir to Çanakkale: 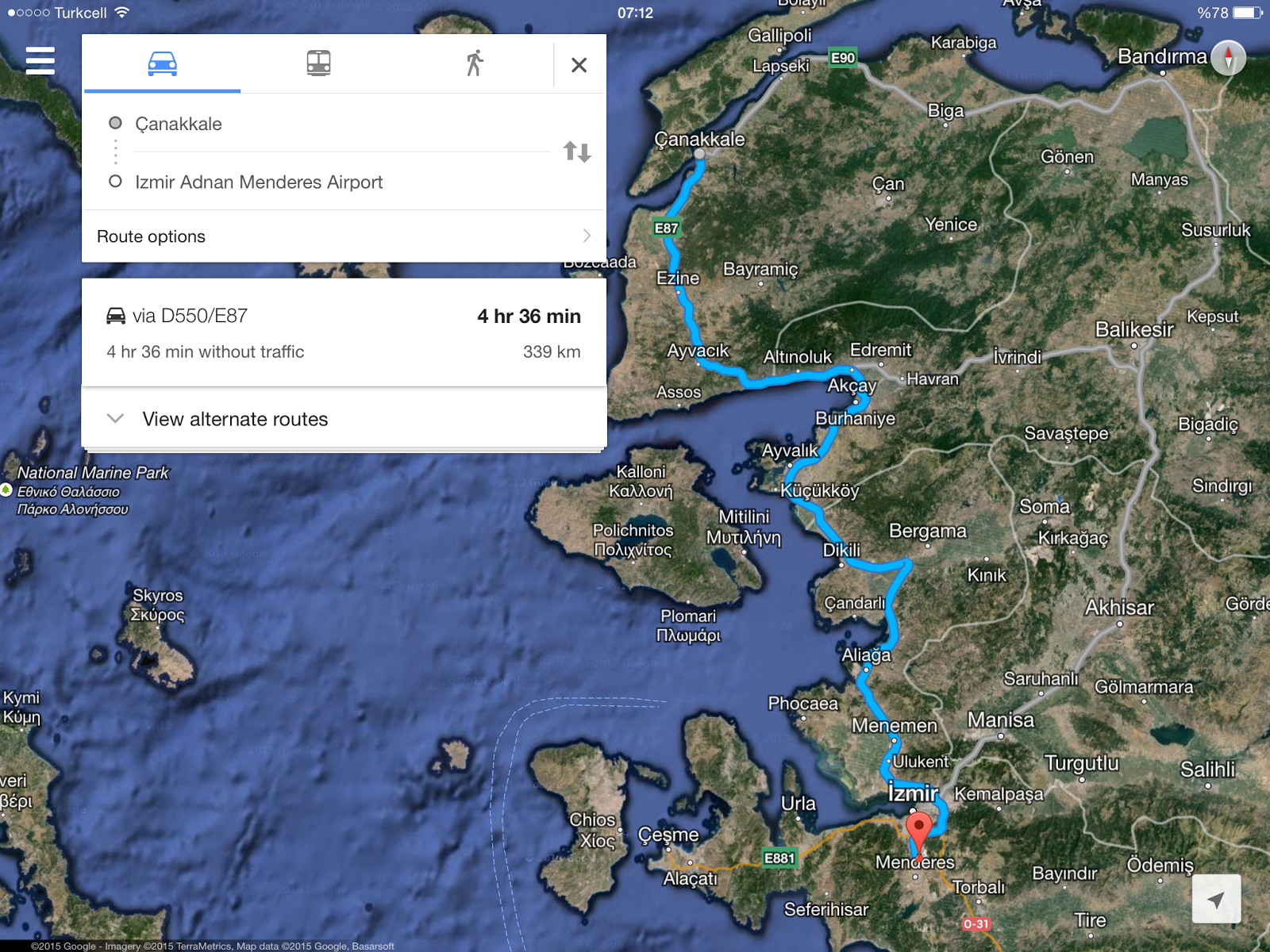 The main attractions and sights of Çanakkale

The first thing to see on your travel tour in Çanakkale is the Dardanelles – a narrow strait that separates Çanakkale and Asia from Gallipoli and Europe. On the other hand, it connects the Sea of Marmara to the Aegean Sea. The Dardanelles (also known as the Hellespont) is also popular as a big challenge to swimmers. An easy way to overview this gorgeous strait is to make the short journey across from Çanakkale on a ferry to either Eceabat or Kilitbahir, and return. 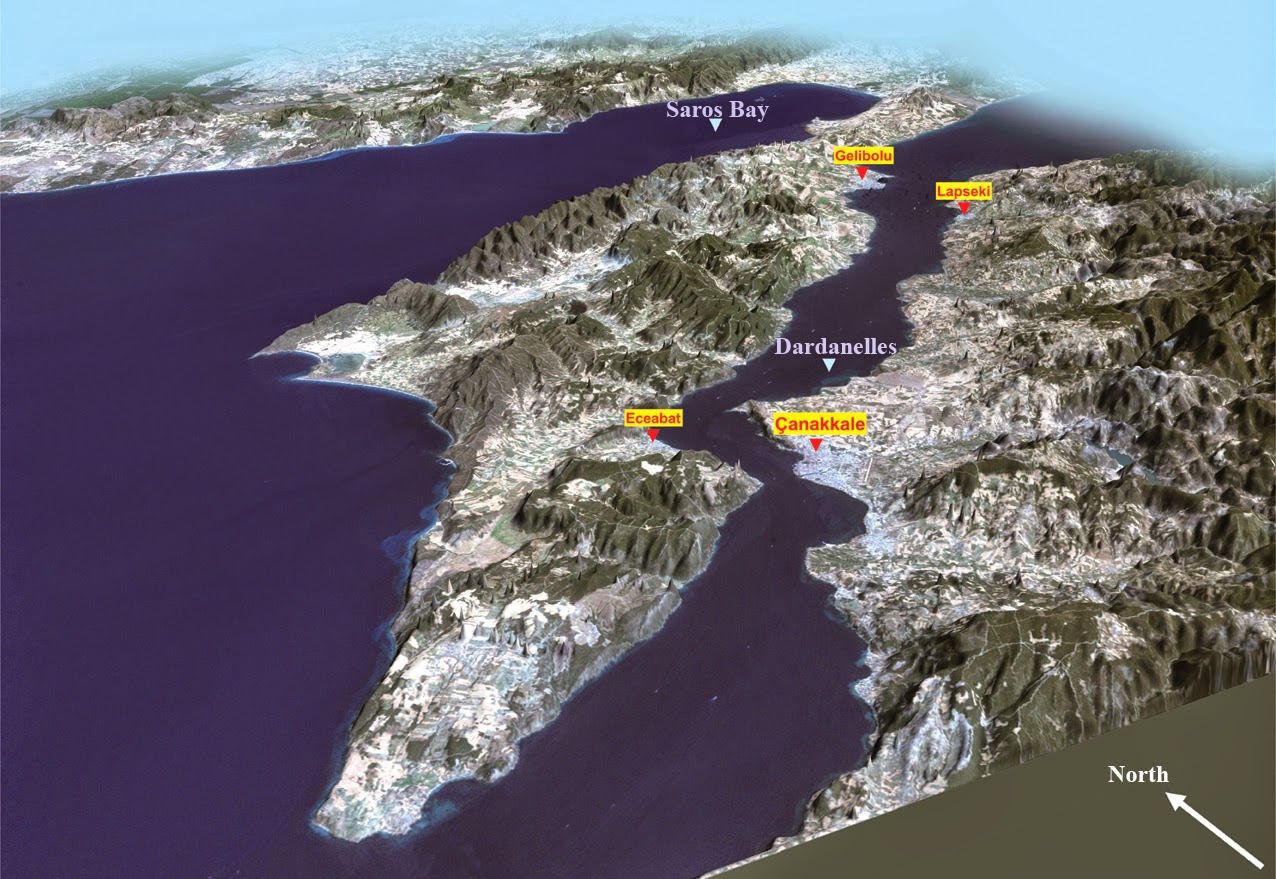 Today, ferries constantly traffic between the two sides of the strait, which is about 38 miles long (61 km) and only 1.2 to 6 km wide. It is interesting that the water flows in both directions along the entire strait – from the Marmara Sea to the Aegean Sea via a surface current via a surface current and via an undercurrent in the opposite direction. I am sure you have heard of the ‘trojan’ word. One of the most interesting attractions in Çanakkale is the Trojan horse, situated on the city banks. In fact, it is a wooden reconstruction of Trojan horse brought from Hollywood, which was also used in the famous historical movie “Troy” from 2004. Now, this huge wooden horse oversees the city and attracts numerous foreign tourists at the same time. 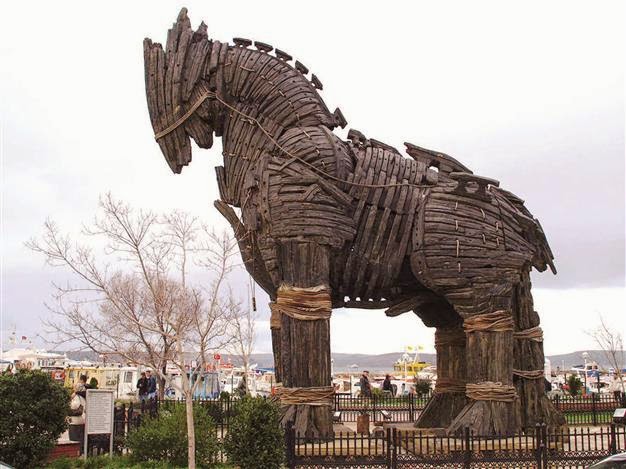 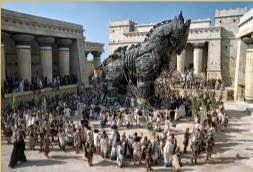 At the hearth of Çanakkale and opposite the ferry dock, it’s located the five-storey Clock Tower (also called Ottoman saat kulesi), built by an Italian merchant and honorary consul Emilio Vitali in 1897. The tower was built of local stone from Ayvalık, and has a clock on its all 4 sides. There is the public fountain in front of the tower (built by a wealthy Jewish resident), which just complement its beauty. Now, this historical Clock Tower is one of the main symbols of the town. 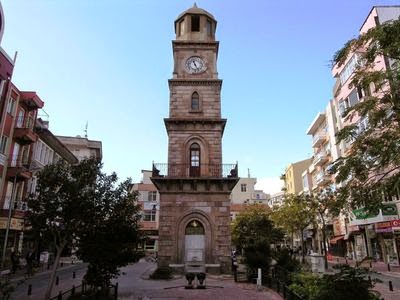 Rectorate Building (at the end of the 19th century) is another landmark of the city. The building is turned into a large Cultural Center.

Just to mention three unique museums around the town:

Archaeological Museum (Arkeoloji Müzesi) – located more than 2 km south of the clock tower and the main square. Exhibits range from various ancient fossils and the Bronze Age, through the exhibits related to Troy, to more modern times. 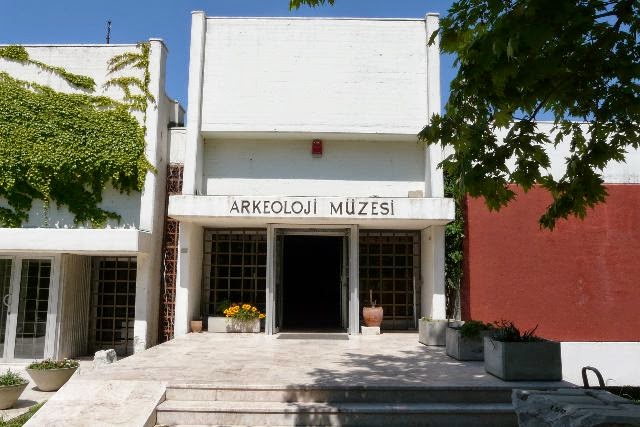 Naval Museum – with different exhibits on the Gallipoli campaign, but the most famous is a model of the minelayer Nusrat. 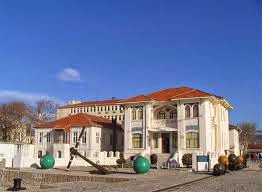 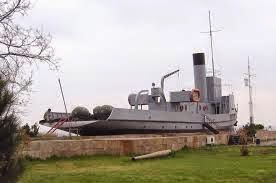 Military Museum (Askeri Müzesi) – placed in Çimenlik fortress, which has been converted into a museum. 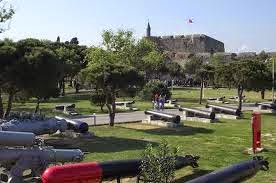 The exceptional attraction of this region is well-known ancient city of King Priam – Troy. It is located only 30 km from Çanakkale; northwest of Mount Ida at Hisaronu and southwest of the Dardanelles. This more than 4000 years old city is known for being the battlefield of the famous Trojan War (described in the Homer’s ancient Greek epic poems the Iliad and the Odyssey) as well as a center of many ancient civilizations. 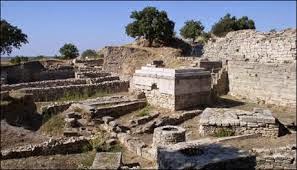 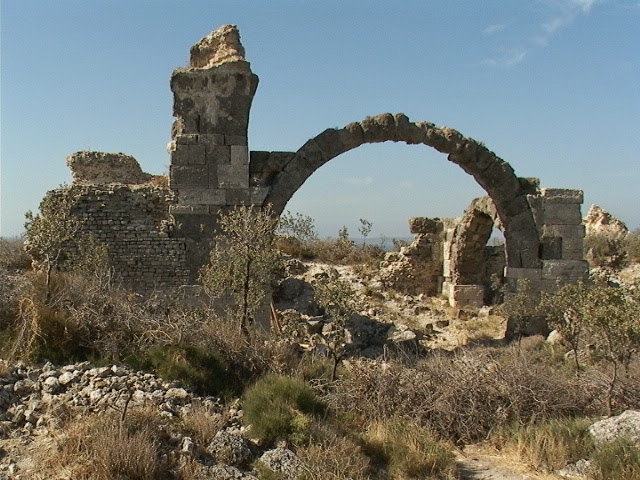 The town has preserved in 9 layers from different time eras, and therefore represents one of the world’s most important archaeological sites. In 1998, Troy was added to the UNESCO World Heritage list.

During the stay in Çanakkale, most tourists take advantage to visit the battlefields of Gallipoli from the First World War. Çanakkale is the best base for a tour to the Gallipoli battlefields, which are located on the Gallipoli peninsula (across the Dardanelles from Çanakkale). 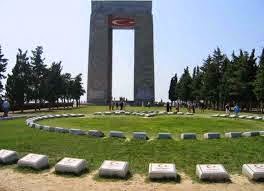 If you don’t have your own drive, it is best to take a daily tour to Gallipoli because the historical sites are spread along the peninsula. There is another option to visit Gallipoli battlefields, such as a long day-tour from Istanbul. Otherwise, you can also hike through the most famous area of battle – especially on the northern Gallipoli peninsula in a day of walking (about 16 km / 10 miles).

The battles for control of the Dardanelles strait in the World War I were fought mainly on the Gallipoli peninsula, with terrible casualties – around 400,000 soldiers were wounded and about 100,000 were killed. These battles between the Allied powers (England with other members of the Entente Powers) and the Ottoman Empire have lasted about 9 months – from April 25, 1915 to January 9, 1916. The Battle of Gallipoli is also known as the Battle of Çanakkale (popularly known in Turkey), the Gallipoli Campaign, or the Dardanelles Campaign. It is one of the greatest victories of the Ottoman Empire during the World War I.

Today, the Gallipoli battlefield is “silent”, and preserved as a national historic park with numerous bronzed and marble monuments. Also, it is one of the most emotionally touching sites in Turkey. Here are a few suggestions and useful information that will help you when planning your visit to Gallipoli battlefields:

The best starting point for visits to the Gallipoli battlefields (as well as the Dardanelles and Troy) is the town of Çanakkale. In addition to Çanakkale, these battlefields are also available from Eceabat or straight from Istanbul.

Transport – The easiest and the fastest way to visit Gallipoli is with your own car, but failing that, there are also other options such as: minibus daily rout, Dardanelles ferryboats (car and passenger ferries to Kilitbahir or Eceabat), by plane (from the small Çanakkale airport), or you can hike (in combination with passenger ferry and hitchhiking).

The battlefields cover an extensive area (over 40 km): from the Cape Helles at the southern part of the Gallipoli peninsula to the Anafarta hills in the north.

You need to see: the British Memorial and the Cannakale Martyrs Memorial at Cape Helles; Lone Pine Australian Memorial; Anzac Cove; Ataturk Statue; New Zealand Monument at Chunuk Bair; and Abide – Turkish war memorial in the south of the peninsula.

You can find a little bit of more information about cemeteries and memorials of Gallipoli in our other post about Gallipoli Campaign.

In addition to these battle sites, there are many vistas to be enjoyed in the natural beauties of the Gallipoli peninsula – including beautiful old pine forests, views over the sea from various hilltops, and olive yards along the roadsides. If you like swimming, you can spend some beautiful time at numerous pretty and nice bays around the strait. The Aegean water is beautiful around there but it is so cold that I personally wouldn’t prefer. But if cold water is not a matter for you, it can be tried because it is so clean.

And also, if you like scuba diving, you may want to try going down and seeing the beauties of the underwater in the same place with a lot of war ships sleeping under the water. The warships for now are not allowed to go close because of the risk of explosives but there still are a lot of sunk ships inside the strait and the Saros Gulf. 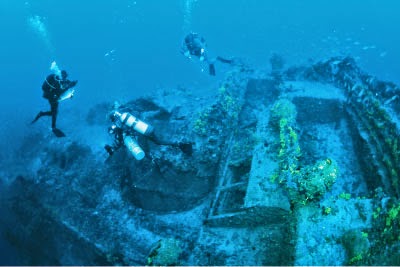 The other best touristic places to see around Çanakale are:

Gökçeada (Imroz)  and Bozcaada (Tenedos) islands: Two natural beauties that you can go especially in August beacuse of vine-harvest festivals-there are numerous vine factories and also local people produce vine at their homes. If you are a vine lover, you have to consider buying some from these two islands. Islands are really worth being seen because of their authenticity and picturesqueness. 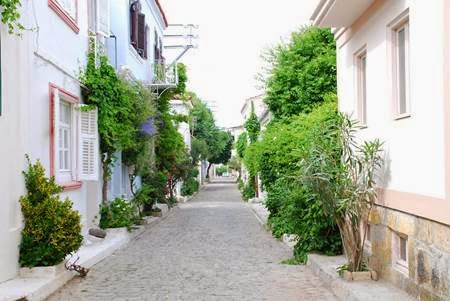 Kaz Dağı National Park and Assos (Ayvacık): These two destinations has a lot to tell about, so I am just telling that especially people that are interested in ancient Greek mythology will like these two places. Assos is an ancient seaport town and has a great sea like an aquarium. And Kaz Dağı (Ida Mountain) is full of mythologic stories and has great scenes of beautiful forests. 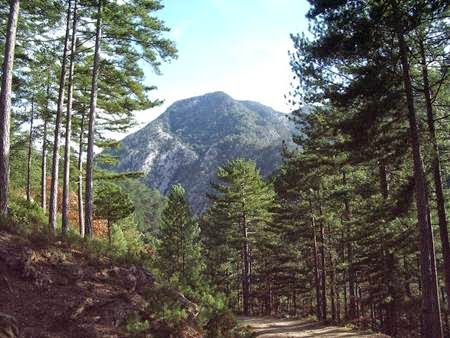 I’m cutting it short here in order not to be boring, but Çanakkale is not a place that could be told about shortly. So, I will take the Islands of Gökçeada and Bozcaada the subject of another post; and similarly Assos and Kaz Dağları are going to be told about in another post. 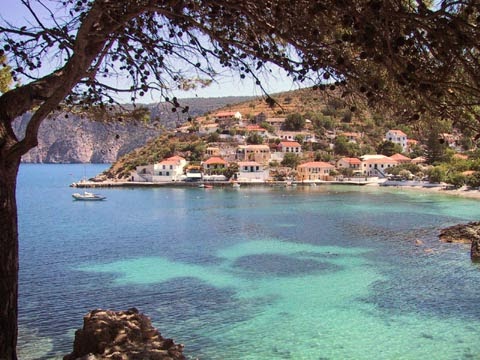 And where to stay in and around Çanakkale?

There are around 70 good hotels are waiting for you to welcome at Çanakkale. Here are some of the most recommended hotels for you to review. (You can find additional info by clicking the names of the hotels.)

As the final words; you sure will enjoy your trip to Çanakkale and will remember the feelings you had during your visit (especially at the monuments) for the rest of your life. And another tip for you: local people of Çanakkale are “amazing”. I hope you have a chance to visit Çanakkale someday and have friends from the area! And do not miss the chance to have Aegean vegitibles cooked with olive oil.

4 thoughts on “Visiting Çanakkale, Gallipoli and Troy – Another Special Kind of Feeling…”