Strategically located at the intersection of three continents (Europe, Asia and slightly distant Africa), Turkey is not only a crossroad of roads, but also of various cultures that traversed these regions, which left valuable traces of their existence. As well because of its rich heritage, Turkey is nothing less famous for unmatched hospitality of its people, delicious cuisine, diverse natural beauties, and of course much more.

Turkey is among a small circle of countries that are spread across two continents (Europe and Asia), but is the only one with a transcontinental city (Istanbul) that developed on the banks of two continents. Being at a geographical crossroad throughout centuries, where numerous civilizations had risen and fell, Turkey is easily approached from land, sea and air, where people from all around the world come to enjoy some of its numerous marvels, or catch a connection to some other destination.

Turkey accesses four seas (Black, Marmara, Aegean and Mediterranean), borders eight countries (two European and six Asian), and features beautiful coastline with numerous summer resorts, high mountains with ski resorts, and a wide range of diverse environments enabling a myriad of activities, such as fishing, caving, ballooning, rafting, trekking, and so on. With around 40 000 known caves, of which some 800 have been investigated, Turkey is a paradise for cave explorers and adventurers. Some most interesting and demanding caves are located in the Taurus Mountains, a range that runs parallel with the Mediterranean coast.

Turkey disposes of numerous relaxing, sporting, entertaining and other facilities, and is crisscrossed with diverse ancient and more recent historical and cultural landmarks in every direction. Diverse cultural legacy encompasses settlements and monuments dating back to the antiquity, with Hittite, Greek, Roman, Byzantine and traces of numerous other settlers, along with striking monuments created by the Turks during their 10-century long existence in these regions. At this point, Turkey has 13 localities listed on the UNESCO World Heritage Site list, and countless more waiting to be included. Some of the best known such localities are the archaeological site of ancient Troy (situated to the south of the Hellespont), Hattusha – the Hittite capital (around 200 km to the east of Ankara), Hellenistic Nemrut Dag – a mausoleum of Antiochus I, who ruled a kingdom established after the breakdown of the Alexander the Great’s empire (Eastern Taurus), and Hierapolis-Pamukkale, or a “Cotton Castle” in Denizli province, to mention a few.

Major cities in Turkey are Istanbul, Izmir, Antalya, Samsun, Trabzon, Mersin and Adana-all of them located along the coast; Ankara-the capital city of the Republic of Turkey-situated in central Anatolia; Bursa-settled on the slopes of the Mount Uludag, the most popular Turkish winter-sports center in the Marmara region; Diyarbakır and Gaziantep.

Istanbul had long been a capital city, first to the Byzantines, and subsequently to the Ottoman Turks. Following the establishment of the modern Turkish Republic, Ankara became the capital, but Istanbul remained the largest city as the cultural and economic center of the state. The greatest wealth of the megalopolis is its rich heritage, which is well preserved, while shopping opportunities are quite diverse and engaging.

Ankara is the second largest Turkish city, located in the Central Anatolia, in the homonymous province. Although mostly used by foreign travelers as a transit point, Ankara has much to offer to anybody who looks slightly under the surface – numerous archaeological sites (Hittite, Greek, Roman, Ottoman, etc.), over 50 museums, with the Anatolian Civilizations Museum as highlight, various mosques and monuments, with a special emphasize on an Anitkabir monument, which commemorates the modern Turkey’s founder, Kemal Ataturk. Numerous shopping malls are there for shopping enthusiasts, as well as nearby ski center Elmadag for winter sports fans.

Izmir is a significant Aegean port city, with rich Jewish, Greek, Armenian and Levantine heritage and long history. There are a million words to tell you about Izmir but all that words would mean nothing without seeing and living Izmir. I hate comparing anything with another but just to give you the meaning; Istanbul is too crowded and a tired city now because fo being misutilisation, Ankara has nothing more than some official stuff; but Izmir has all of history, tourism and joy. Especially the population in and around Izmir makes the area so special.

Adana, located in the Eastern Mediterranean, is a fast-developing city. If you contemplate it as your summer destination you would do much better if you choose any other resort along the Mediterranean coast because of the high humidity and temperature. But while you are here, you can take advantage of beautiful mosques, Roman and Christian structures, and use the city as a base for exploring interesting neighboring historical sites and ruins.

Bursa abounds with Ottoman architectural examples. It was the first Ottoman capital and since 2014 is listed on the UNESCO World Heritage Site list. In the Bursa’s vicinity an ancient city Nicaea is located, which briefly used to be the Byzantine capital, when the Crusaders took over Constantinople, nowadays Istanbul, in the 4th Crusade. 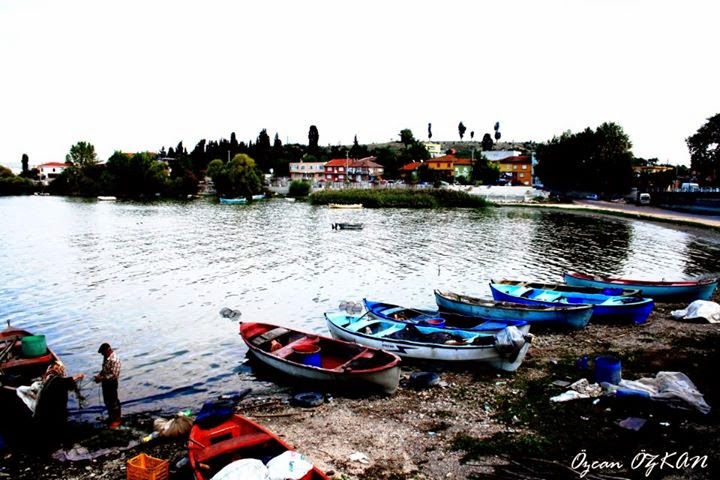 Turkish coastline is dotted with numerous resorts, both tucked away and into the open, providing excellent value and experiences, both for budget and wealthier travelers. Some famous resorts are Alanya, Antalya, Marmaris, Kusadasi and Bodrum, while some noteworthy hidden gems are Patara, Kaya (near Olu Deniz), Alacati (Izmir), and Akyaka (Marmaris).

Turkish cuisine widely evolved throughout history, through incorporation of various influences and ingredients, and is a complex one. The majority of dishes include meat, prevalently lamb, or fish, combined with vegetables and fruits. Meals are strong-flavored, in general. Portions are generous, and there is no way you’ll leave a restaurant hungry. As for beverages, you should try Turkish tea, coffee and traditional ayran (yogurt with water and salt). Cakes are also quite delicious. And also the national drink Raki should be tried, but you should be aware that it has a high percentage of alcohol and should be drunk with a good meal of meat or fish and good appetizers.

Turks are very hospitable people, and in their presence everyone is more than welcome, regardless the visitor’s religion or origins. In Turkey, you need not to worry whether your habits are different; just avoid showing disrespect to local customs and national symbols, and there will be no problems. You may feel free to do anything to enjoy yourself during your vacation especially in and around touristic areas.

So, if you haven’t met Turkey yet, that’s not a big problem, but if you have any intention of getting to know how it is like to spend some time in Turkey, you may just go for it. Be sure that you will enjoy and come back again…

2 thoughts on “Have You Met Turkey? A General Overview to Start Discovering the Surprises…”