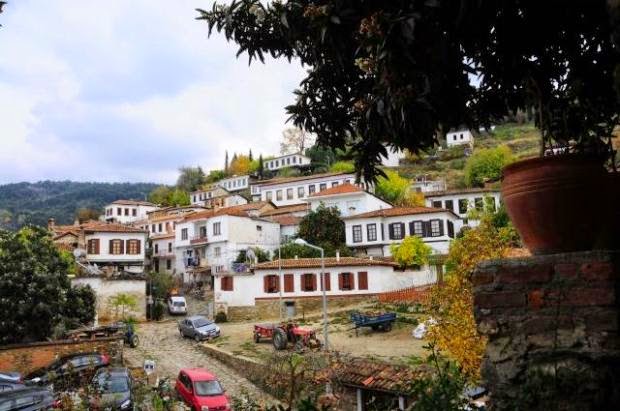 20 years ago, even if you were a Turkish local, you would never know a word about Sirince unless you had a relative or close friend from the village. If you were that lucky to know somebody from the village then you would have a chance to taste the delicious homemade wines. But, after 1990’s, as tourism all around Turkey has started to rise, this village became an attraction point for the people who loves authenticity.

You can find more detailed literal information about the village when you Google the name, but the basics to know about Sirince are:

– It is a nice, calm, small village (the name “Şirince” might be translated to English as “Cutely” or “Cuteish”) close to Ephesus, Kuşadası and İzmir; and is famous because of the rumors about Mayan Apocalypse in 2012,

– It is an old Greek village and known as a security post (maybe part of an early warning system)  to the Ancient City of Ephesus, (I’ll tell you about that),

– The population is about 500-600 people at the regular time, but it is said that a number of 1 million people visits Sirince annually,

– If you are planning to stay, there are around 20 hotels/pensions in and around the village that are generally old houses and bungalows,

– You can find around 25 restaurants to eat and about 80 souvenir shops to buy something special, but mostly you will find yourself buying wine,

– Half a day will be enough to see everything at the small village but you may enjoy spending some quality time and some good food in such a peaceful environment by staying longer.

Why is there such a village? 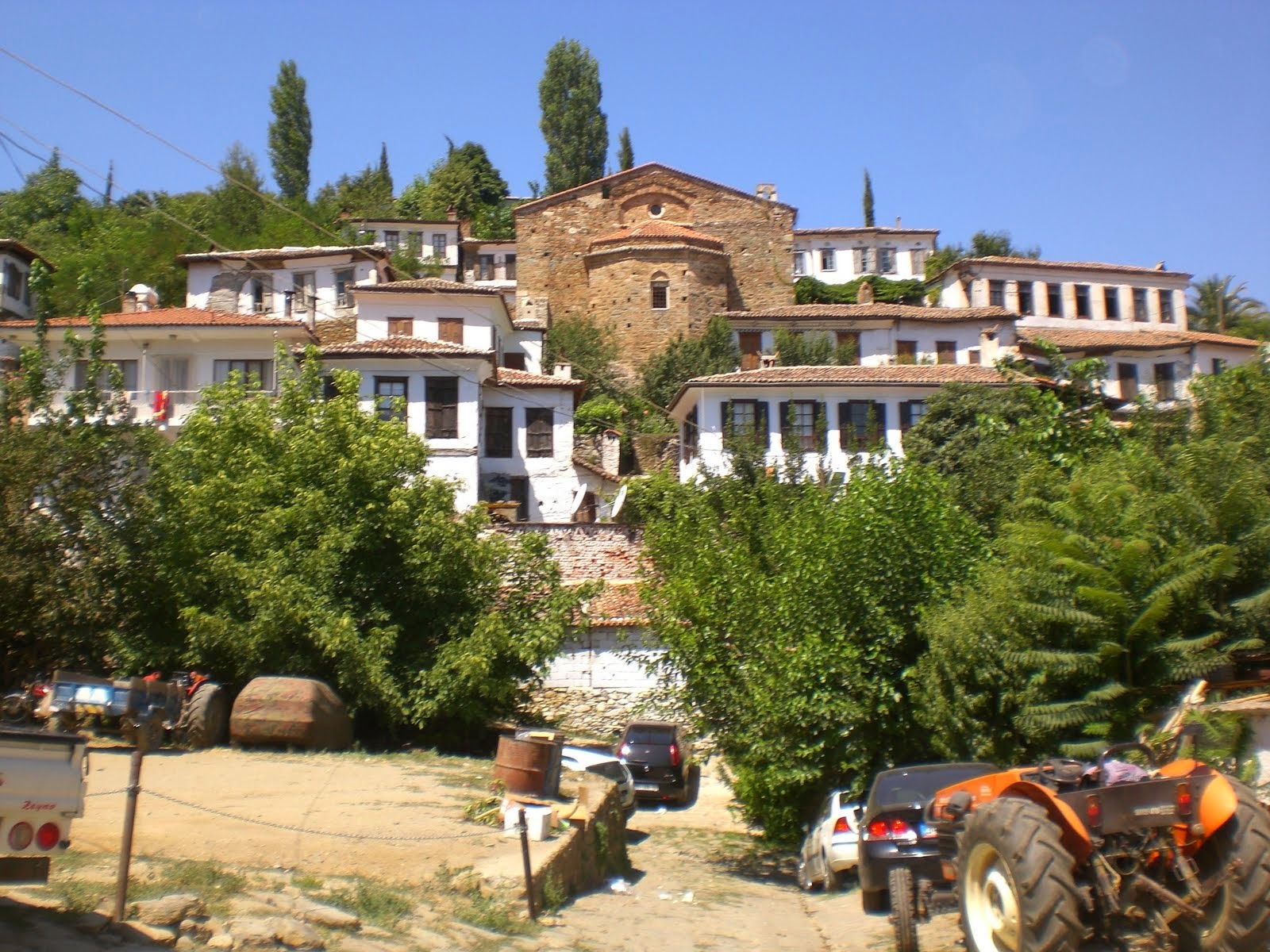 So, if we start with the history, the village is an old Greek village whish used to have 1800 houses. It’s said that, after the demolition of the Ephesus, some of the Greek population came to this hidden location to protect themselves from the outer world and the problems of the lowland. That’s the reason the village is on the hill and you will find yourself climbing the stairs and the narrow roads to reach and see the monastery (it sure is very well worth seeing) on the top. It is said that, the monastery is used to be an early warning tower for the City of Ephesus in the ancient time, as the place of the tower might be considered as a commanding height in military terms. You can see all around when you climb there. 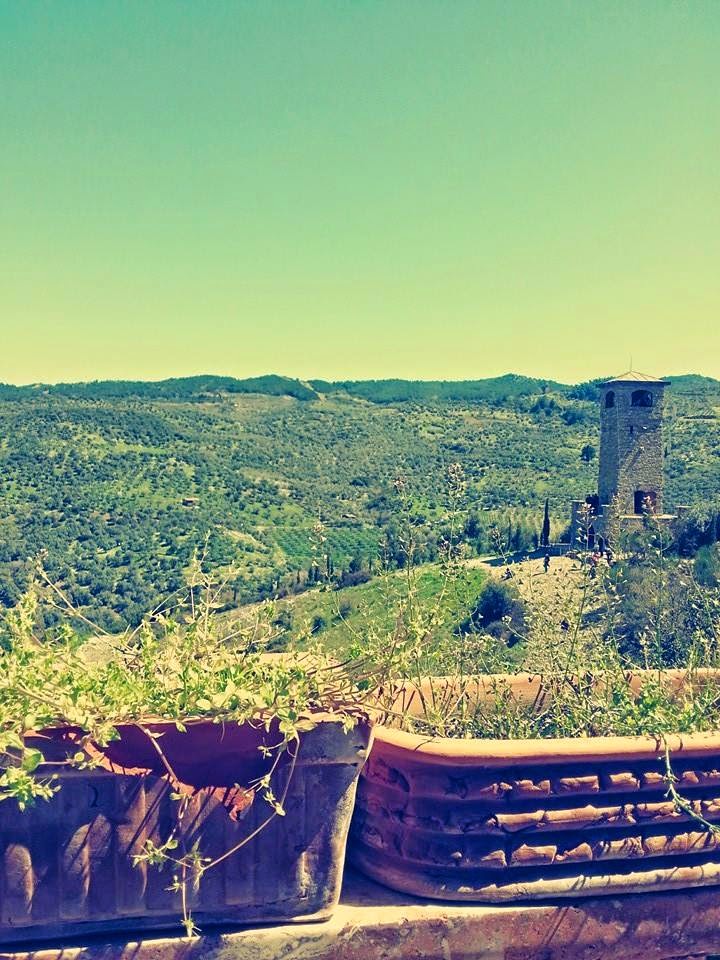 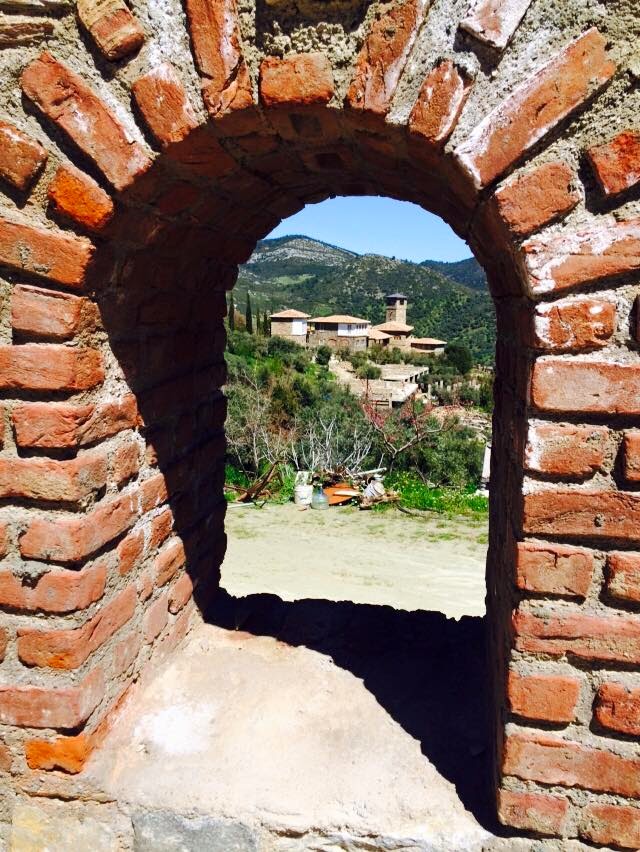 After the WW I, as the Greek population in Anatolia moved to Greece and Turkish population in Greece moved to Turkey, the Greek village of Sirince became a Turkish village but the farming and production never stopped. The most common agriculture products for the villagers are fig, grape, apple and olive. As I mentioned, there used to be homemade vines at past but, after the thing became a touristic issue, it also became an industry. I am not saying the vines are not that quality, but they are not that local anymore. Surely, the villagers should be failing to support a million visitors and also a bigger number of purchasers from around. 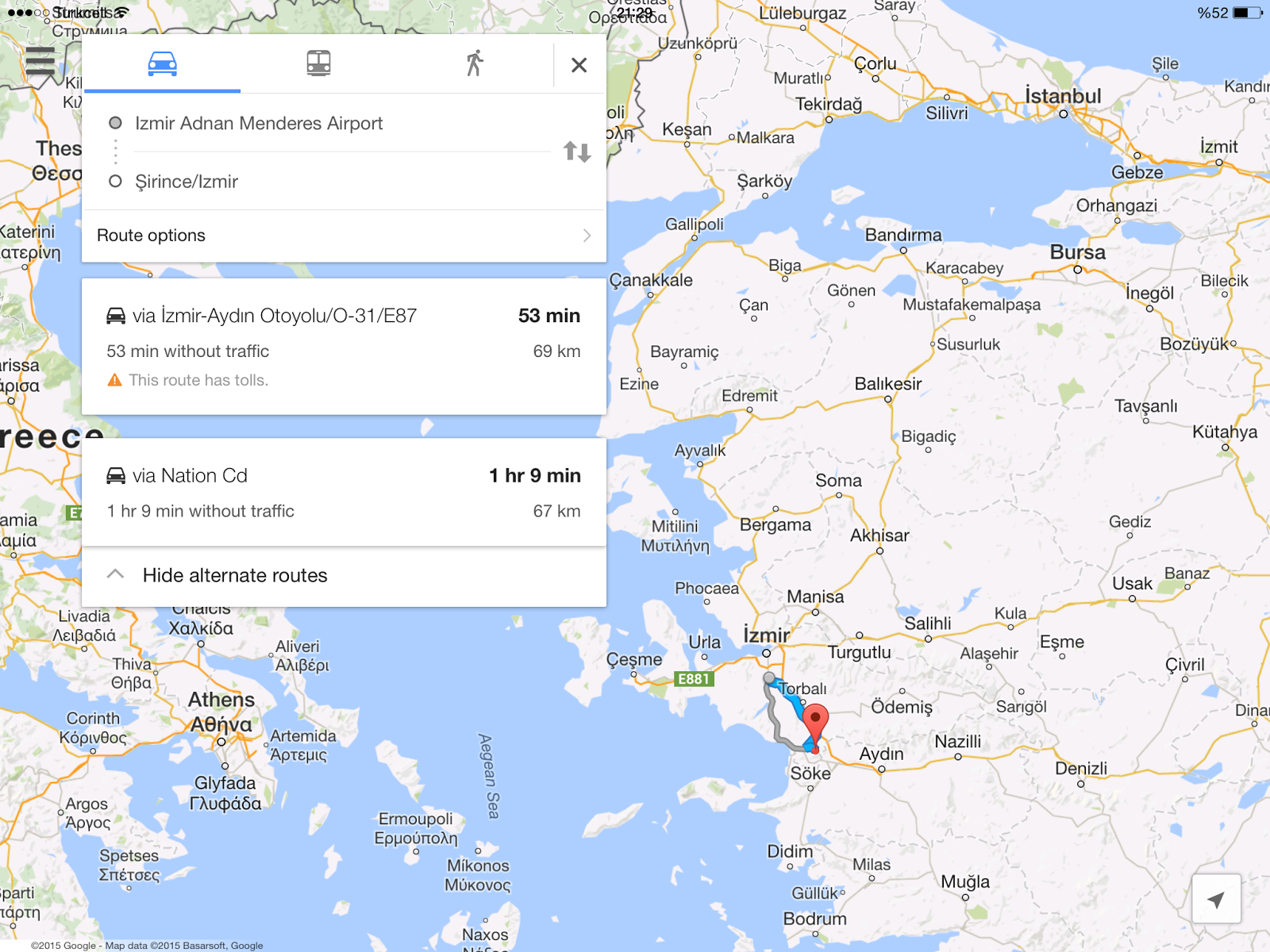 Your trip to Sirince would be in two ways; 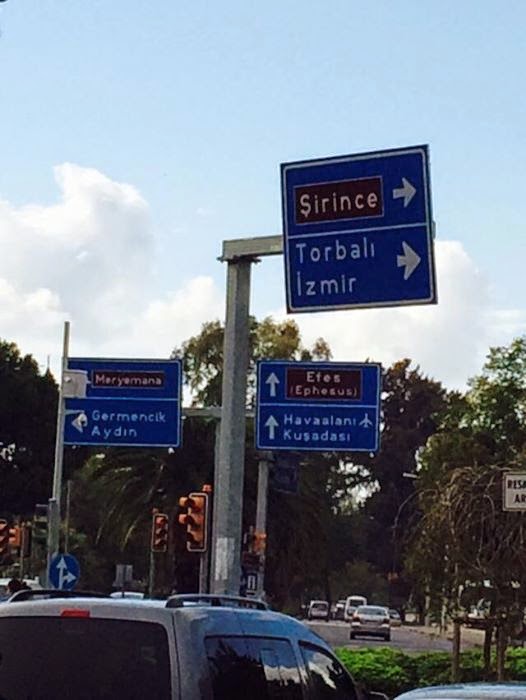 – By your own drive. 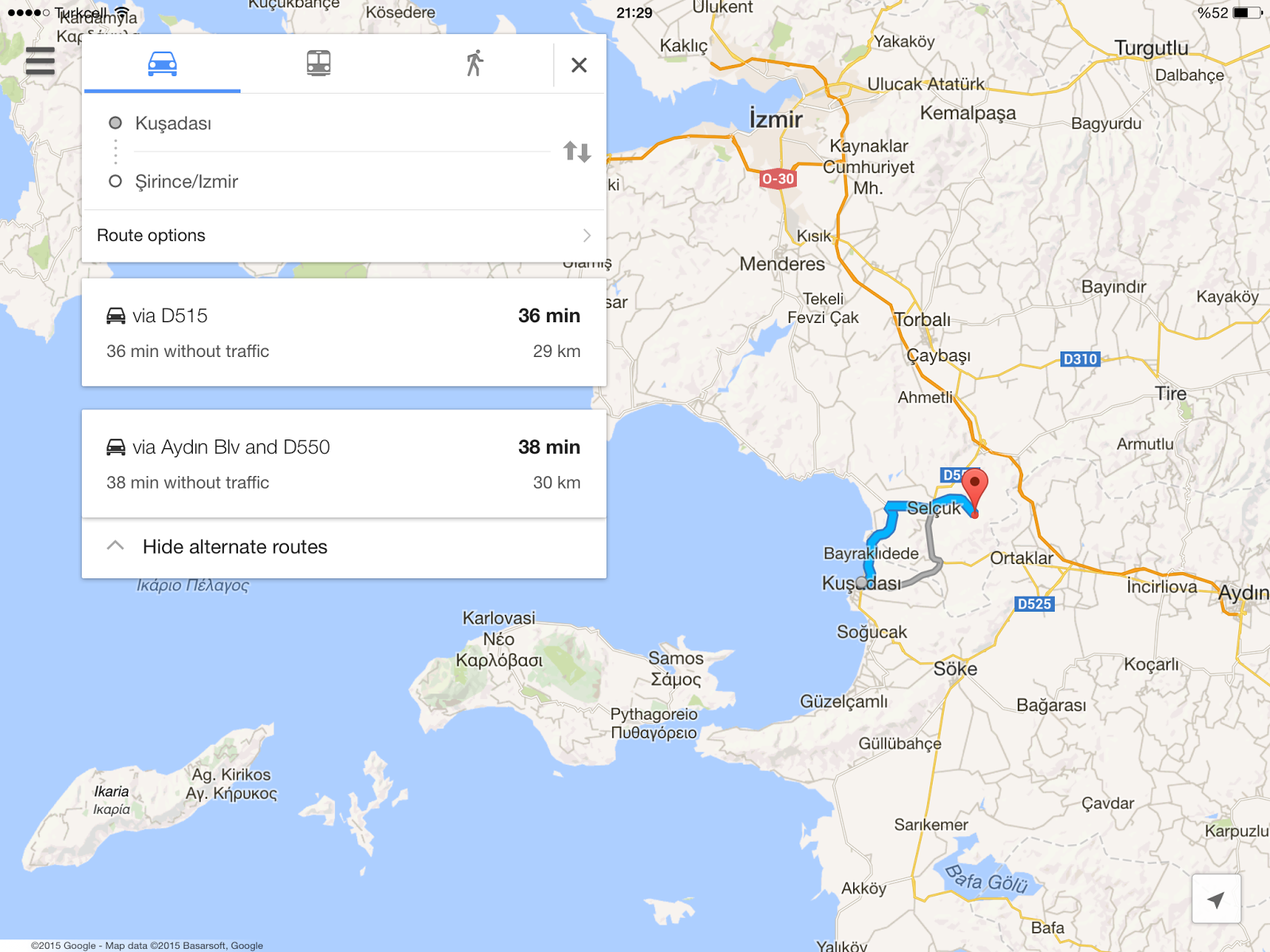 If you are driving yourself from Izmir or from airport, it’s going to be a 1 hour and 15 to 30 minutes drive. The way to the village after Selcuk is a little bit crooked but you will enjoy, because the scene is so pleasant. You will smell tangerine, grape and olive trees during that last 8 km.s. 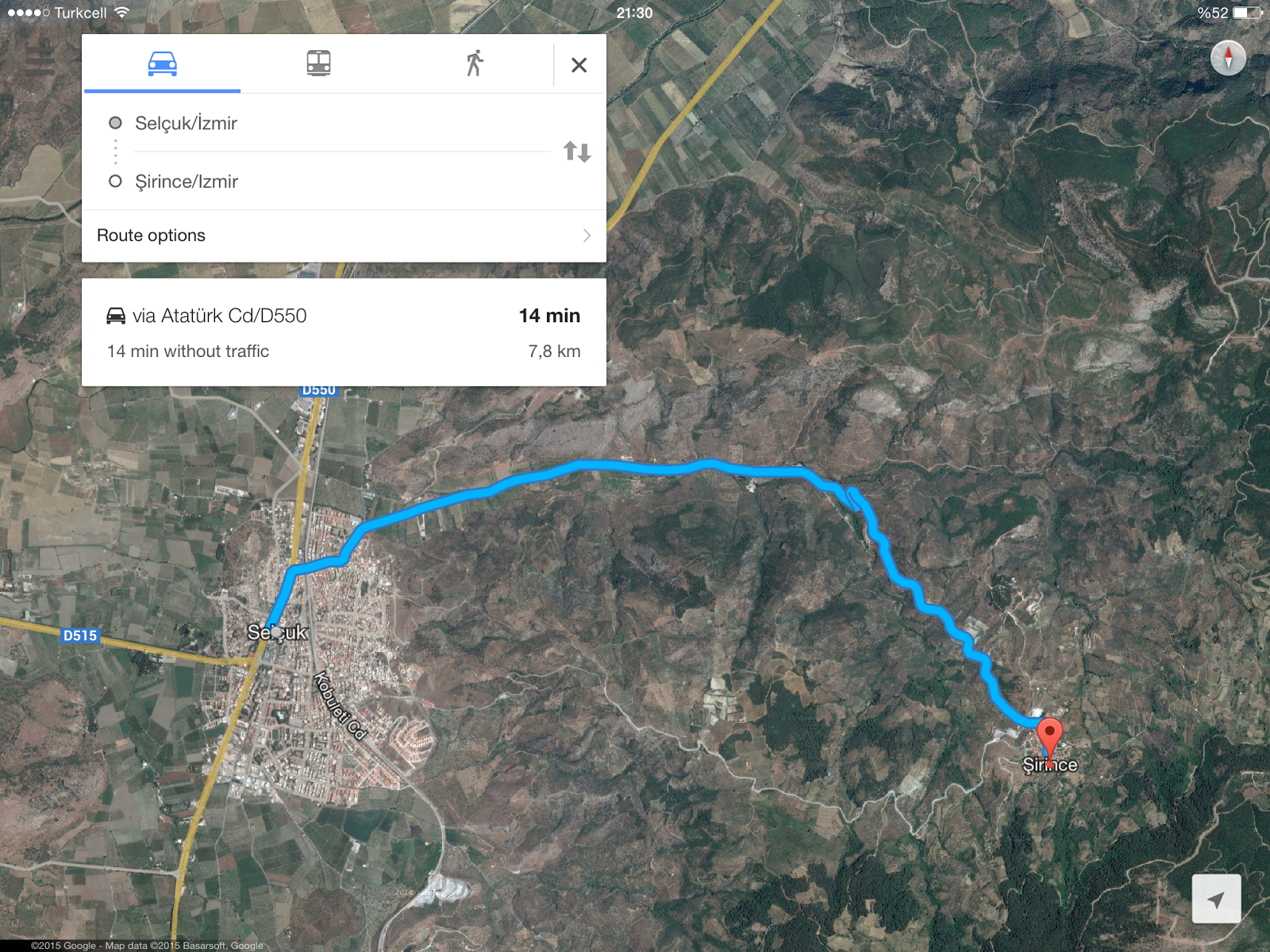 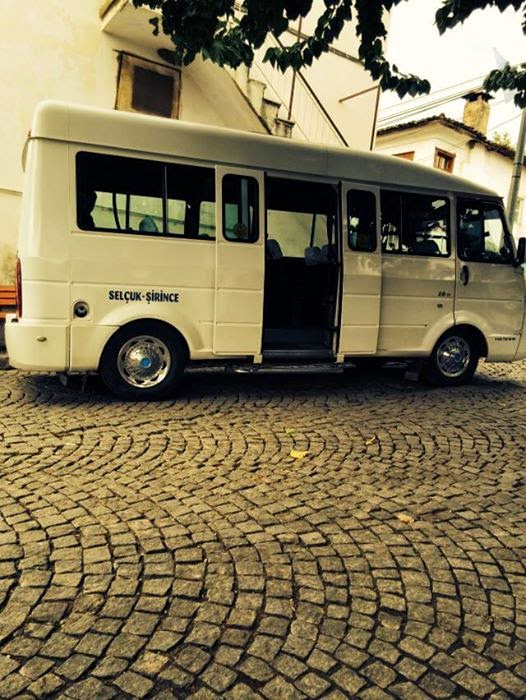 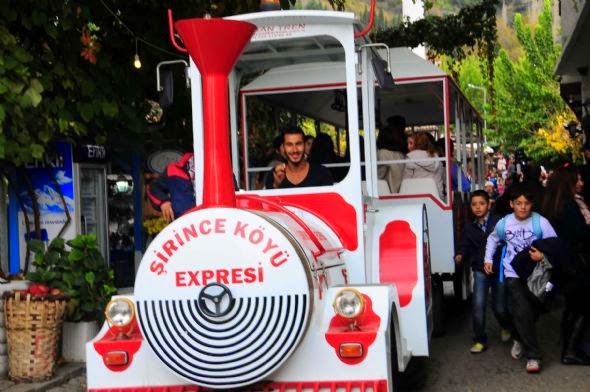 As you enter the village you don’t have a chance to escape, you will have to park your car at a parking lot. And there’s a “village express” for the people who don’t like to walk.

The express is especially good for very hot summer days if you don’t want to climb the hill on foot. 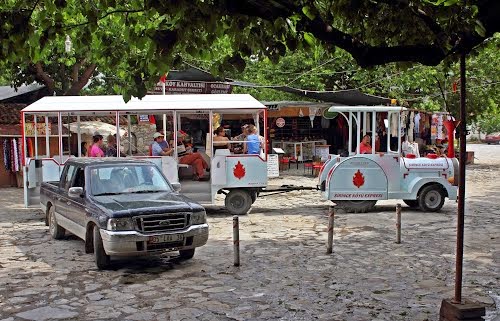 What to do? What to eat? 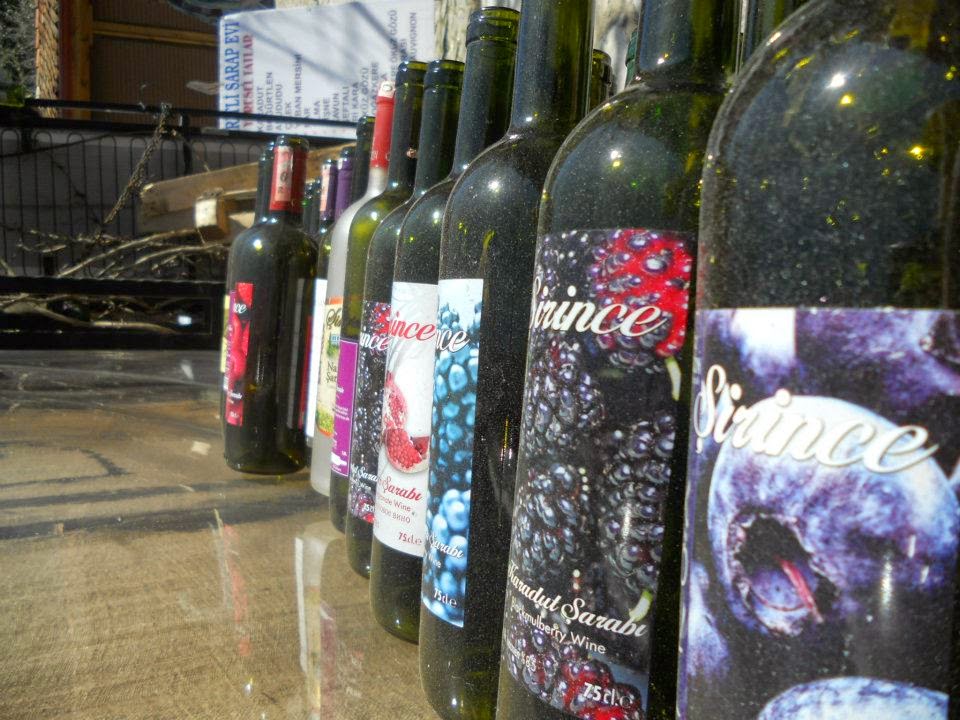 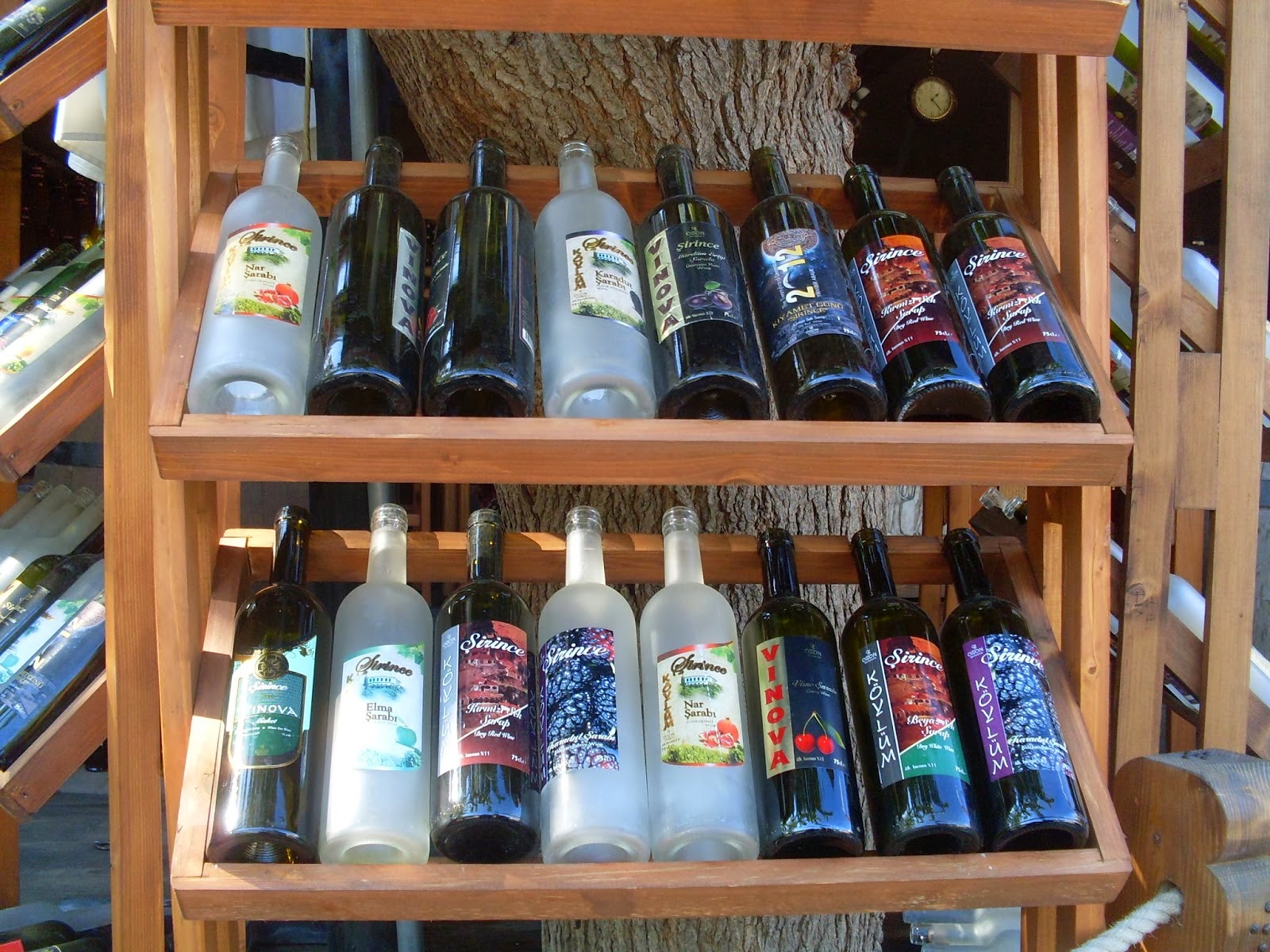 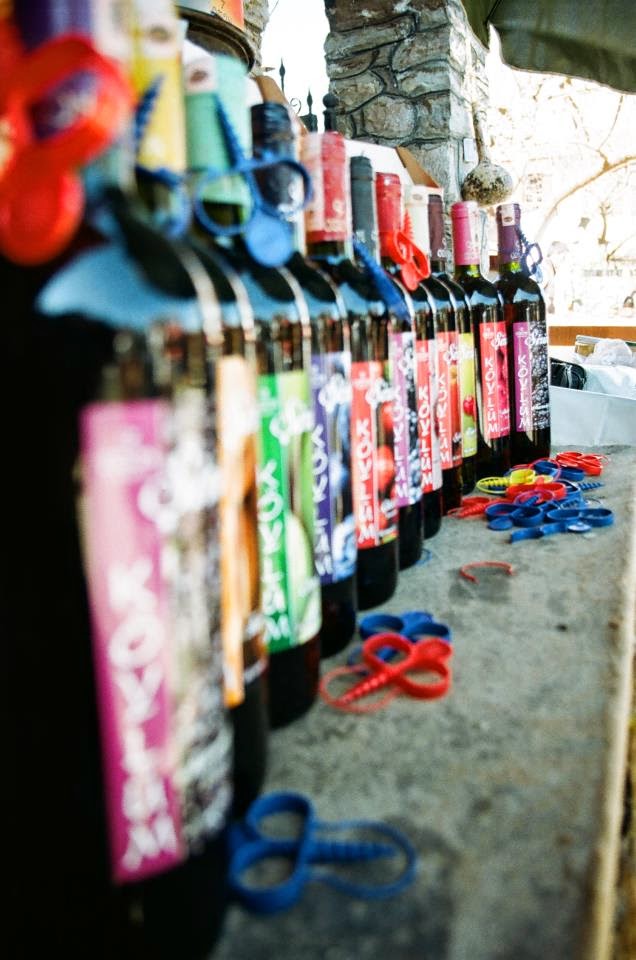 In the village, there’s not so different stuff to do. You will have a nice and pleasant walk through the houses (which are mostly two store houses conserved their authenticity) and enjoy tasting vines produced of different fruits, 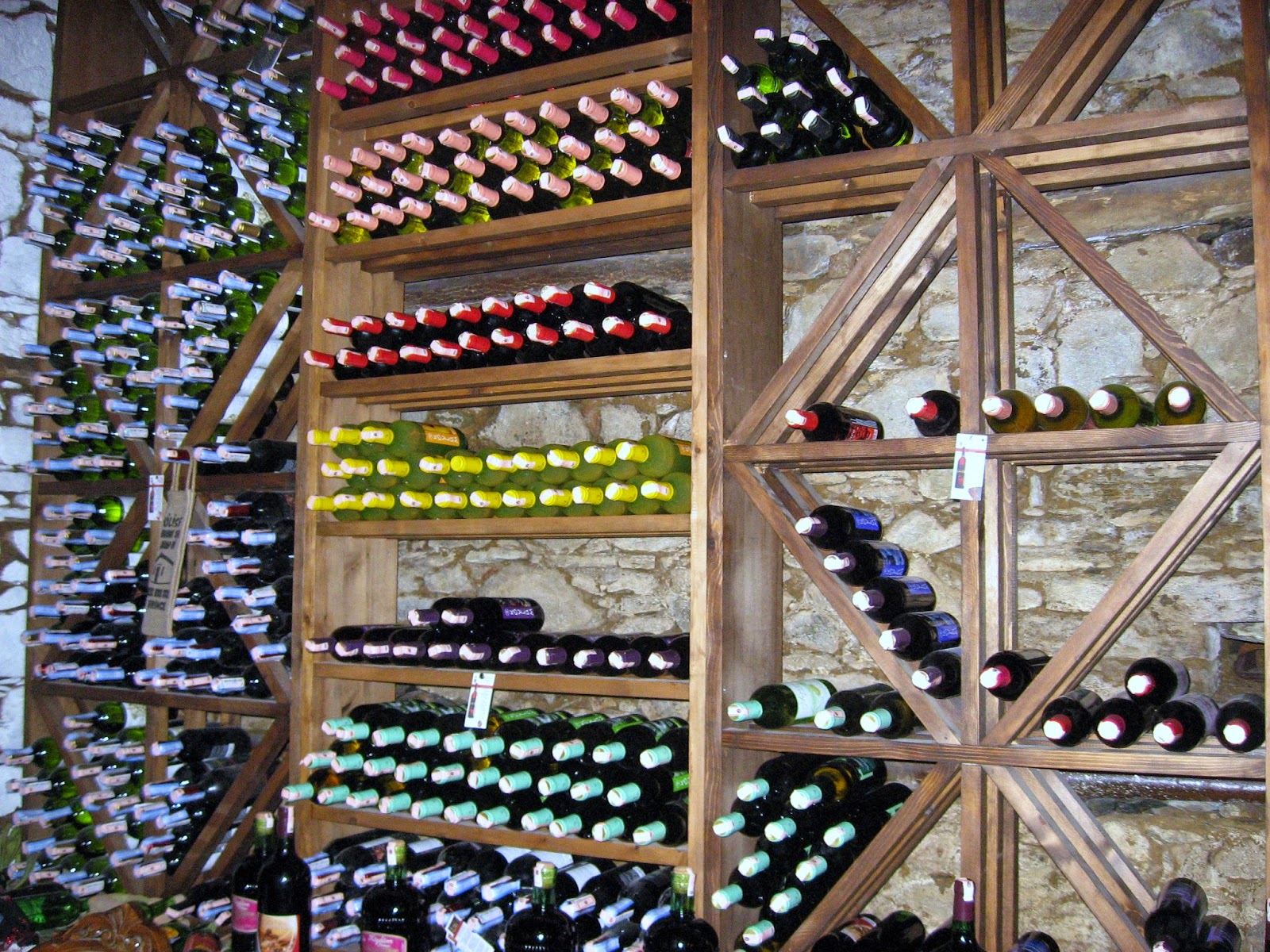 and have a nice meal in any of the restaurants. The specials of the village are stuffed squash blossoms and gozleme (a kind of flap cake which is filled with cheese, potatoes, eggplant or spinach) As the environment is so pleasant and the food is delicious, you can be sure that you will enjoy your meals. 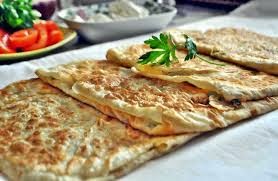 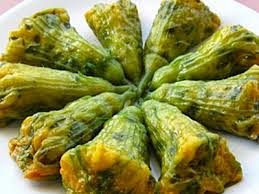 And if you stay the night over at a hotel/pension, the night will be relatively silent and calm and you will enjoy a great village breakfast in the morning. 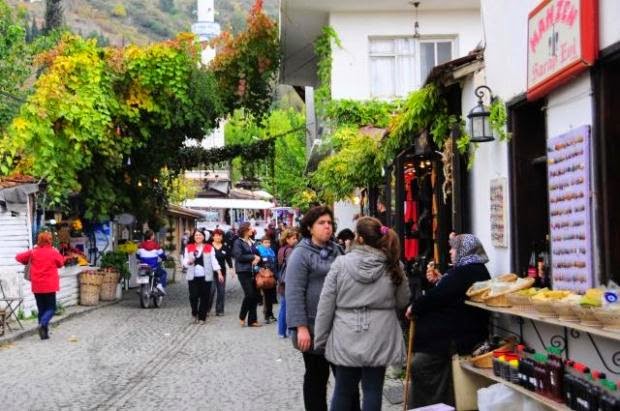 There are grumblings and comments about the hotels and parking lots that the prices are expensive. It is true that hotels don’t have that much of capacity and the demand spoils them a little. And it’s also true that we can stay at a better seaside place at the same price. But if you wish to stay at night, it’s absolutely affordable. The prices at the restaurants are better than the hotels and parking, the food is not expensive.

If you decide to stay a night over; here are some most recommended Hotel selections for you in and around Sirince;

Nisanyan Hotel – is one of the best selections with old traditional village houses, cottages inside the farm, a swimming pool and very friendly staff. If you agree with the price, you can enjoy an awesome full of nature and peace holiday in the hotel. If you check the pictures clicking here, the thing that I am trying to explain will be a little bit more clear.

Gullu Konakları (Gullu Mansions) – is another top rated selection. The hotel is settled in an old Greek house and has a wonderful view. I think I cannot explain more than the pictures here,

Stonehouse Byipek Hotel – is again a top rated one among the beautiful hotels of Sirince, As the name reflects the Hotel is a stone house inside a marvellous garden and there are a lot of extra joys such as a pool, a Turkish bath in the garden, all kinds of organic and natural stuff. When I checked the pictures and the instructions, I really decided to see the place in my first next visit.

One last thing to tell about Şirince is: you can be sure you will enjoy your time at Şirince whenever you visit there, the village is beautiful at spring and autumn; it’s a place to run away from the hot weather in summer and it’s so peaceful and romantic during the rainy winter days.

1 thought on “Sirince Village – An Excellent Destination for Peace and Vine Seekers.”